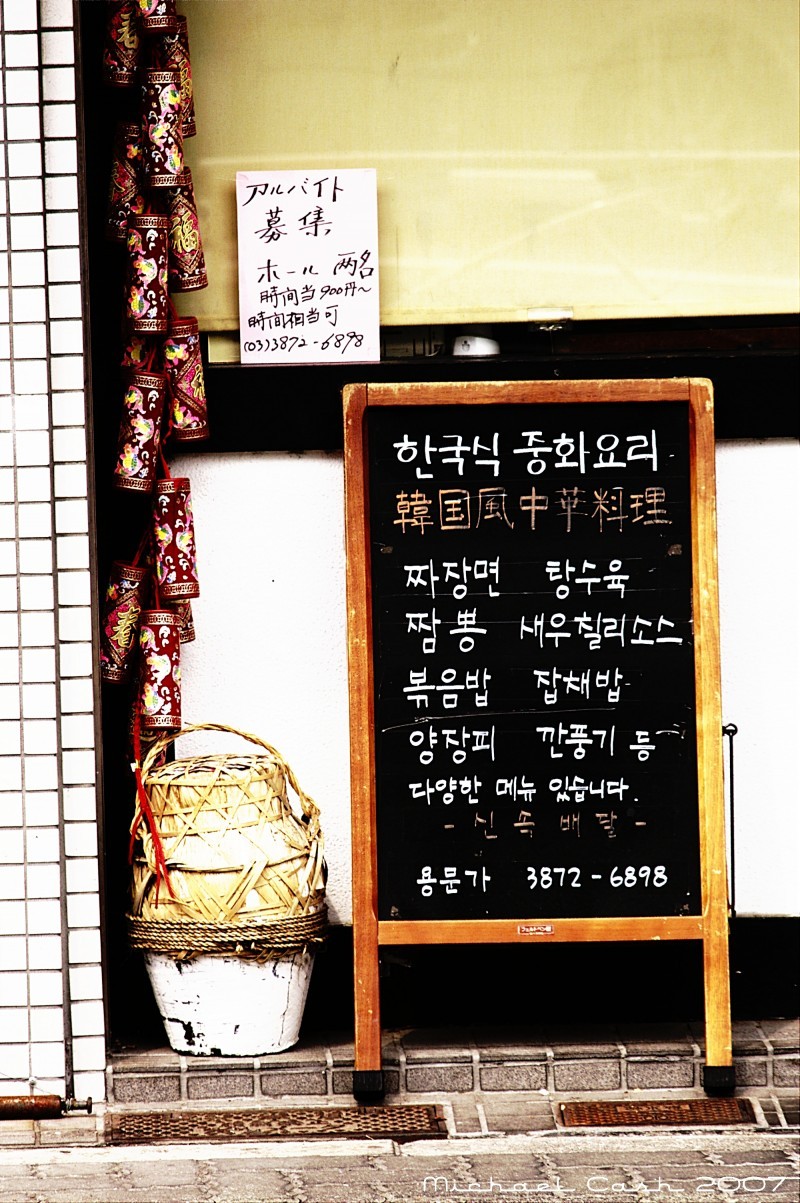 Posted by Mike Cash (Kiryu, Japan) on 27 April 2007 in Cityscape & Urban and Portfolio.

Back in the bad ol' days, when Japan decided to favor its neighbors by including them in its "The Greater East Asia Co-Prosperity Sphere" scheme, whether they wanted to be in it or not, quite a large number of Koreans were forced to come to Japan as laborers. (Japan ruled Korea from about 1910-1945). After the war, a great many of the Koreans remained in Japan, where to one degree or another they have been marginalized ever since.

Since Japanese citizenship is based on blood (or naturalization) and not on birth (as the US), the original laborers and all of their descendents were and are Korean citizens, unless they applied for and were granted naturalization. Consequently, there remains to this day a sizeable section of the population who despite the fact they were born here, raised here, and may speak little or no Korean are in fact Korean citizens. They have permanent resident visa status, but must obtain a re-entry permit if they leave the country. Failure to do so can result in their being barred from coming back to Japan if they take a trip. (A tool the government has been known to hold over the heads of vocal ethnic Korean activists).

This Tokyo restaurant is a Korean restaurant. The help-wanted sign in the window is in Japanese. The chalkboard out front is primarily in Korean, but the second line from the top advertises, in Japanese, "Korean Style Chinese Cuisine".

Can't get much more diverse than that.

@Ian: Thank you very much. I've been trying a new technique for processing.

thanks for sharing (the story)

Great shot and great pp work...thanks for the history lesson too!

Very interesting information and a good shot in arrangement and colours.