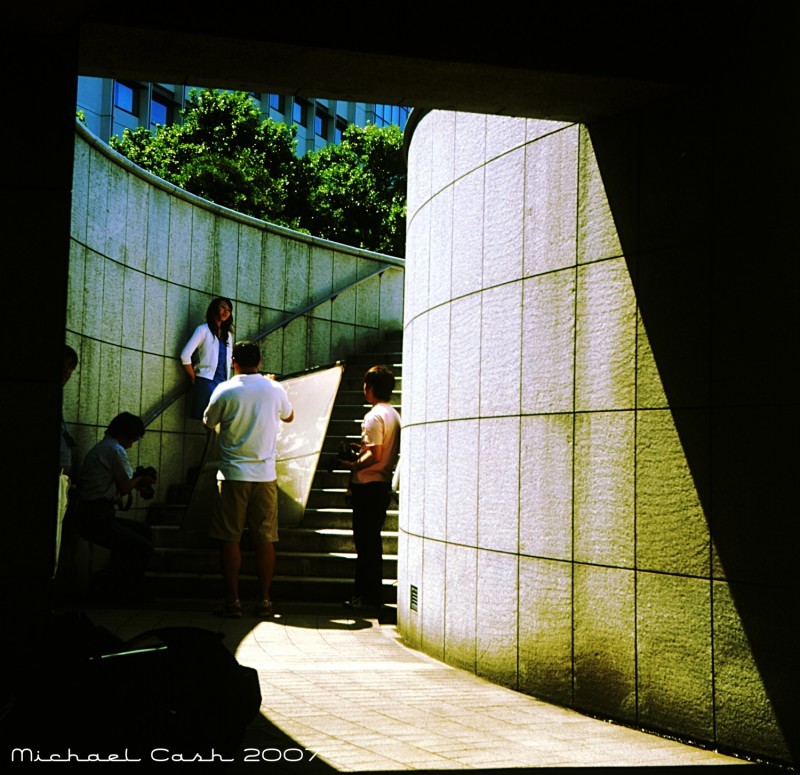 Posted by Mike Cash (Kiryu, Japan) on 10 July 2007 in Sport & Recreation and Portfolio.

But when I noticed that there was not one person with a camera but instead about four or five, I quickly realized that I had stumbled across a photography club which had hired a model from a modelling agency and they were just enjoying a pleasant Saturday afternoon doing some very nice outdoor portraits.

I kept back 20 or 30 feet and none of the photographers seemed to mind, nor did the model (she waved to me). With all their multi-thousand dollars worth of cameras and lenses, filling huge camera bags, they must have thought the foreigner with the antique bellows camera on a wriststrap unspeakably quaint.

Great shot Mike...really like the pov and the framing! oh and of course your commentary!