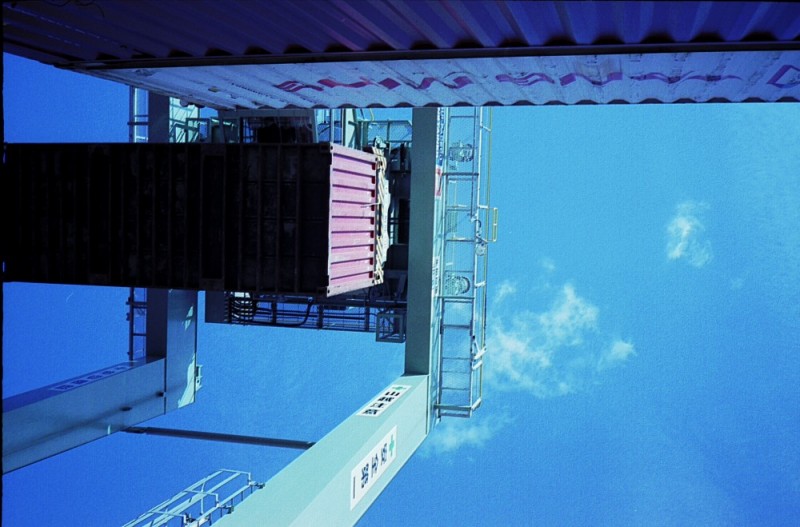 Posted by Mike Cash (Kiryu, Japan) on 2 February 2008 in Business & Industry and Portfolio.

In addition to the toy camera from the last four days, I also recently picked up a Konica C35 E&L (known as the C35V outside Japan). It is a compact 35mm camera with a zone focus system and a 38/2.8 lens. Other than needing to set the focus for either 1m, 1.5m, 3m or infinity, it is strictly a "point and shoot" camera, having totally automated exposure controls. While perhaps a bit large compared to some of the modern tiny digital cameras it was a compact camera for its day. Since I use mostly antique cameras it strikes me as being quite compact. It is small enough to very easily fit into my pants pocket. The greatest thing about it, in addition to its image quality, is that it is a hell of a lot of fun to use. Best of all, it cost me under $10. I'll be sharing several photos from it over the next several days.

This particular image was taken while a large mobile crane was lowering an intermodal container onto my truck down at the docks in Tokyo. I just stuck the camera out the window, pointed it in the general direction of "up" and this is what I got.