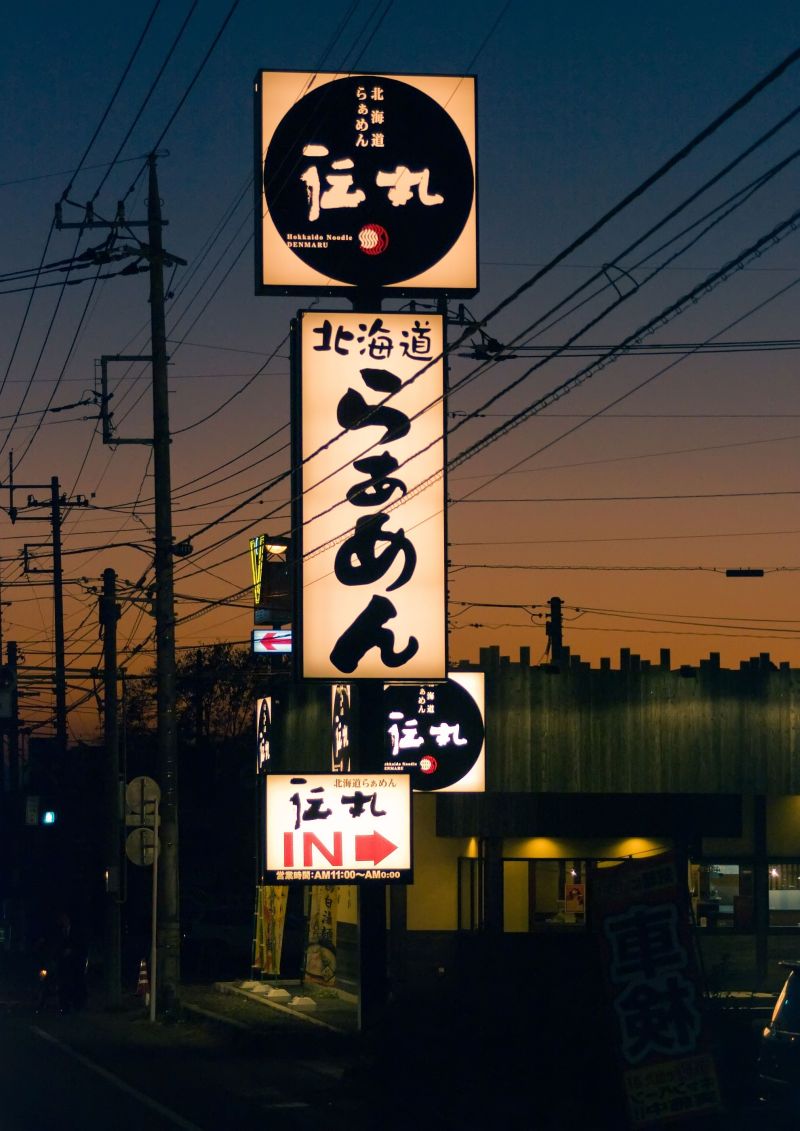 Posted by Mike Cash (Kiryu, Japan) on 24 December 2008 in Cityscape & Urban and Portfolio.

Folks in much of the world probably think that ramen is dried crappy noodles that you buy in small packets several for a dollar. Folks in Japan, however, take it quite seriously and there are more ramen restaurants than you can shake a stick at. Television shows, books, and magazine articles extolling the virtues of various ramen shops abound and there are quite a few where people form lines outside waiting their turn to get in.

Perfect capture of current Japan, when I came back from Japan with photos of shrines and temples, I realized that I had fallen into a trap and had forgotten to capture Japan as it really is, you do that so well.

Great colors and I´m fascinated by all those power cables going in all directions. Seasons greetings.