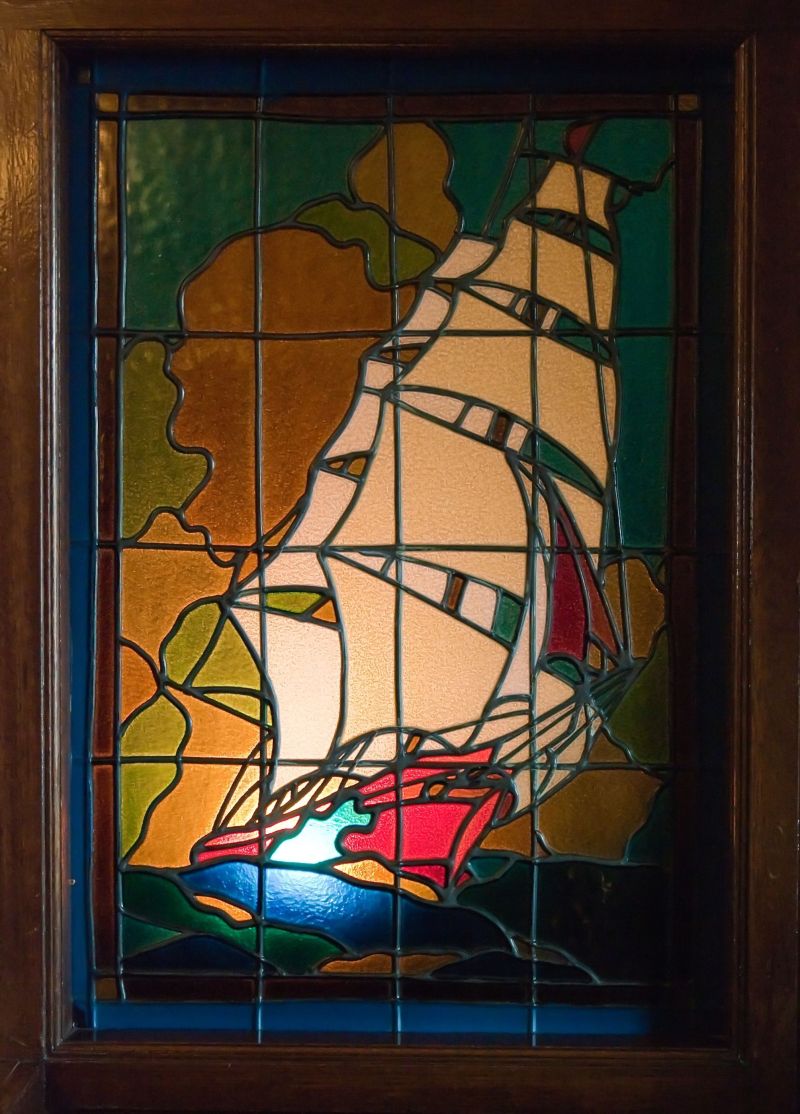 Stained glass decorative window adjacent the ship's bar in the First Class Smoking Room aboard museum ship Hikawa-maru, a former NYK line combination passenger liner and cargo ship which served from 1930-1960 before being laid up on permanent display. The ship also served as a hospital ship during the WWII years and worked to repatriate both Japanese civilians and soldiers after the war was over. All told, she carried approximately 90,000 passengers during her 127 voyages.

An interesting bit of history. "First class smoking lounge"... those must have been the days...