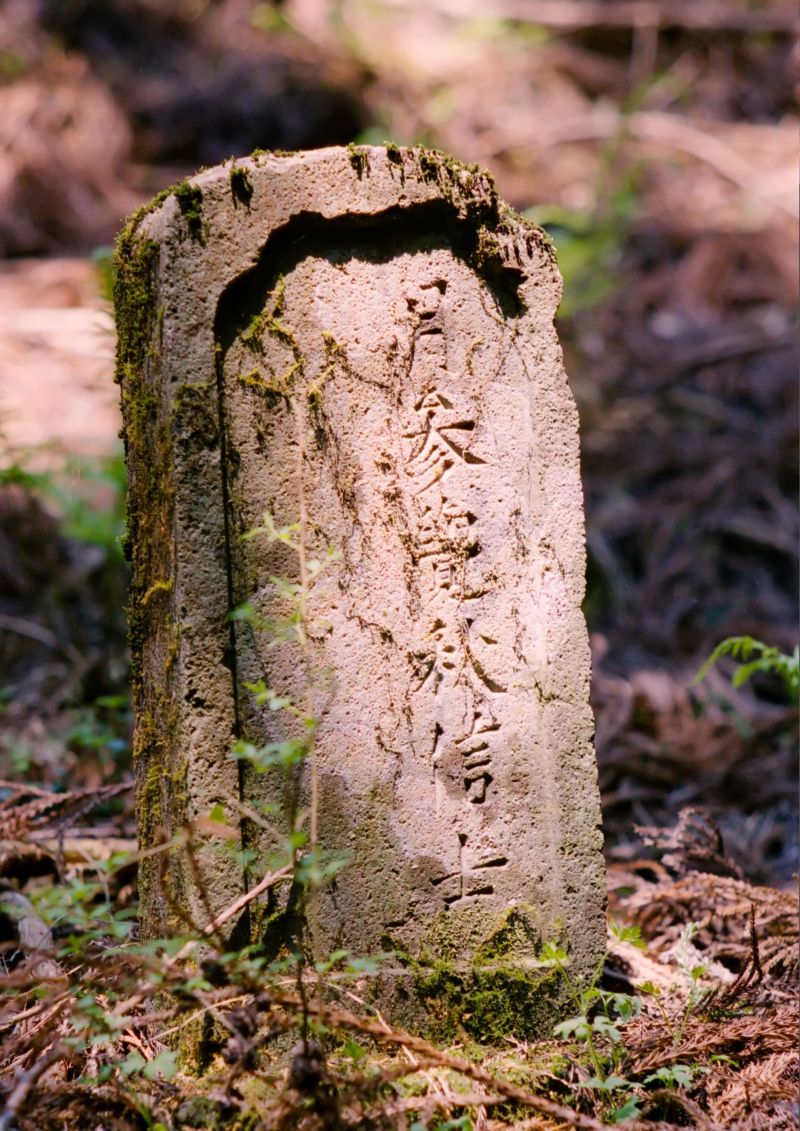 Posted by Mike Cash (Kiryu, Japan) on 4 August 2009 in Landscape & Rural and Portfolio.

This is a tombstone I found up in the mountains, part of a small group of three or four graves isolated and by all appearances entirely forgotten and neglected. I couldn't find any legible date on it but conversation with the nearest resident revealed that his family had been living in that area for 300 years. My guess is that it is no older than that and probably comes from the Meiji Era or thereabouts.

I recently submitted this photo to the monthly meeting of my local photo club, all Japanese, and not one of them spotted what it was about the tombstone that instantly struck me as interesting and sadly poignant....much to my astonishment.

These days family tombs are the norm, but that is a recent innovation. Formerly the standard was for either individual tombs or husband/wife tombs. The writing on this one indicates that it was intended to be a couple's tombstone. This is apparent by the fact that room was left on one side to inscribe the wife's name later on. (This surface of stones always bears the new Buddhist name one receives only after death, making it impossible for the stonemason to carve it beforehand).