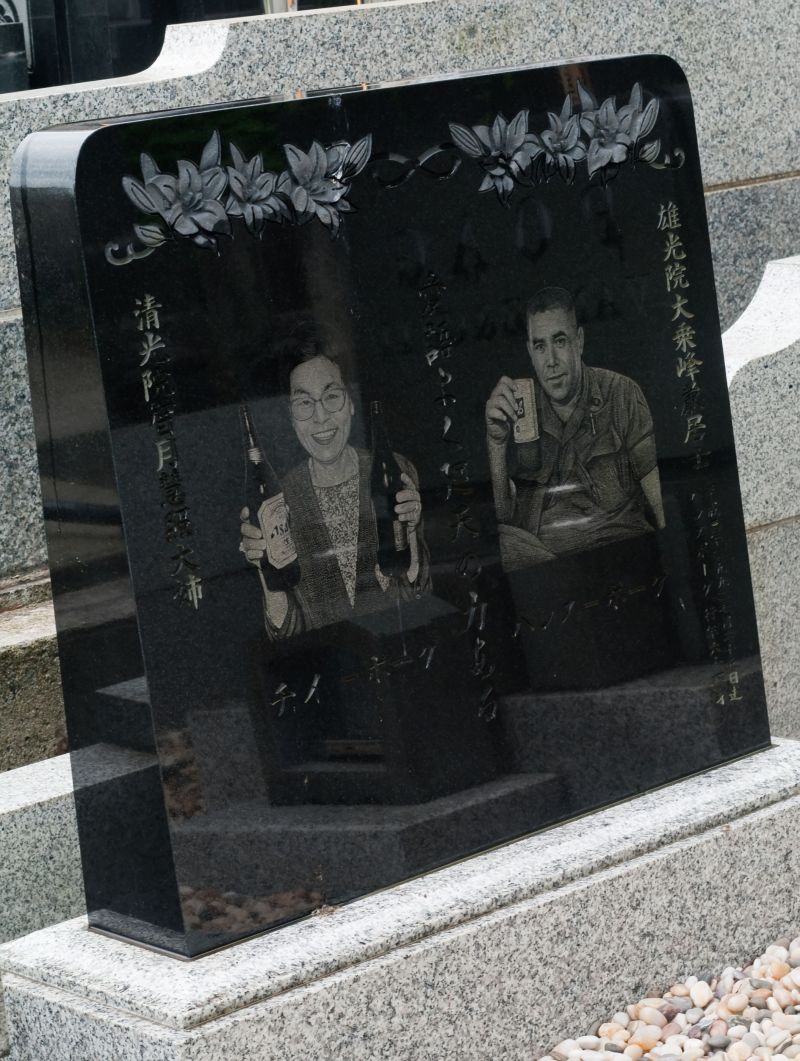 Today I went on a random drive through the mountains with no destination in mind. Along the way I saw a sign for a temple and decided to drop by.

While looking around the 無縁 (think "abandoned") tombstones gathered together near the entrance of the temple's attached cemetery I took a look up to search for interesting tombs on the hillside. Right in front of my eyes was a tombstone marked in Roman letters "POAG" & "VANCE AND CHII". I don't know about urban parts of Japan, but out here in the boonies it is very rare to find tombs of foreigners. In fact, I have seen only one other.

Wondering if either or both of them had been buried yet I glanced at the stone you see in the photo, which is the stone that traditionally is used to list all the people who are interred in the family tomb. I was shocked to find these two photos etched into the stone. This is the first time I have seen this sort of technology used on a tombstone here, and also the first time I have seen a photograph incorporated into a design here.

Then I had to sit a while and be taken aback by the choice of photos. At first I had to marvel at the fact they apparently had nothing better. But after a good amount of time sitting and looking.....I like the photos just fine and think they're probably the perfect choice.

I had intended to take more (and better) photos, but I assed it up by first fetching a bucket of water and cleaning things up a bit (bird turds, etc). The problem was that wetting the stones changed things too much and while I was waiting for things to dry naturally it started to drizzle rain on me. I'll go back some other day.