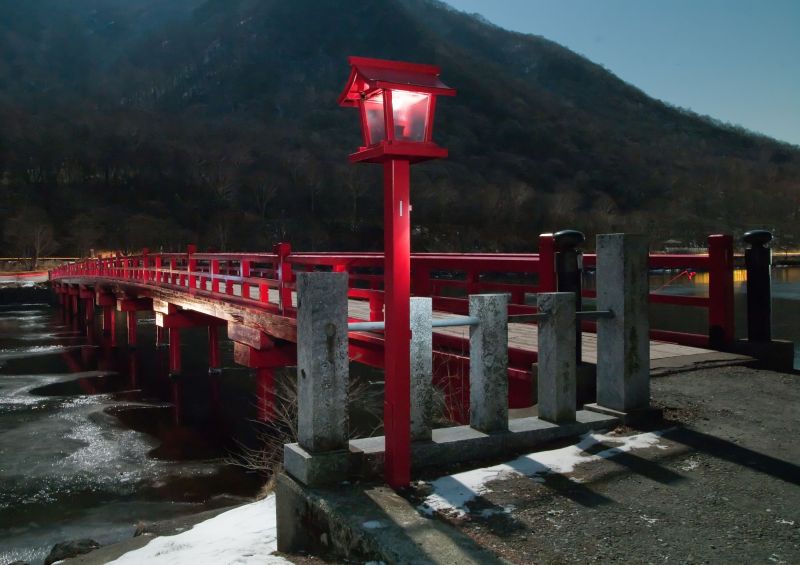 Posted by Mike Cash (Kiryu, Japan) on 1 January 2010 in Landscape & Rural and Portfolio.

A night photo of a bridge connecting with a Shinto temple in a lake located in the crater of an extinct volcano.

This is a 15 minute exposure and in addition to a the full moon which took care of the ambient light it was also illuminated by a single National PE-3057 flash....fired about 22 times.

The flash, by the way, is about 30 years old and I picked it up from an online auction for roughly $10. You can spend tons of money on photography gear if you want to, but you don't have to.

Feels like being in a fairy tale. Excellent exposure.

Amazing project, and remarkable how well the exposure of the various parts of the image match; I'm definitely impressed. Oh, and the picture itself is a knockout too.

@Dan: Trust me; nobody is more surprised at it than I am. There is more than a small bit of hit-n-miss hope-n-pray involved in this sort of shot.