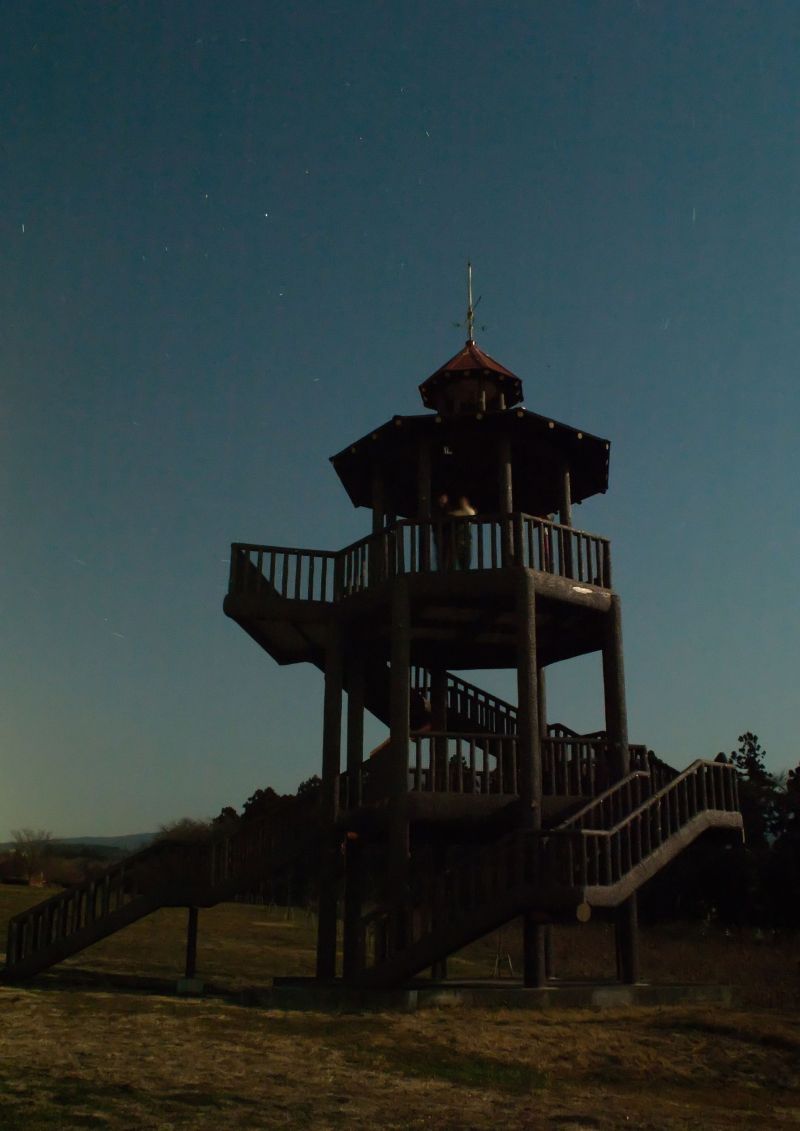 Posted by Mike Cash (Kiryu, Japan) on 10 February 2010 in Abstract & Conceptual and Portfolio.

Same location as yesterday's photo. After I finished shooting from this tower I moved down to the ground to do some shots of the tower itself. While I was shooting several young couples came wandering by to enjoy the view.

This was a 390 second exposure. I forgot to take a watch with me so I had to guess the exposure times by counting in my head and snapping my fingers in hopes of keeping a steady rhythm. I didn't do very well, as this one is six and a half minutes, while I thought it was eight minutes. With such long exposures in the dark people typically don't show up at all so long as they move around a bit. This couple stayed in the same place throughout the shot, which is why they show up, albeit blurred.

With such long exposures of the night sky the stars typically display some degree of smearing as the earth rotates beneath them. As you may be able to guess, this shot was to the north (the North Star doesn't make a star trail and the closer to being directly over the North Pole a star is the less it smears).