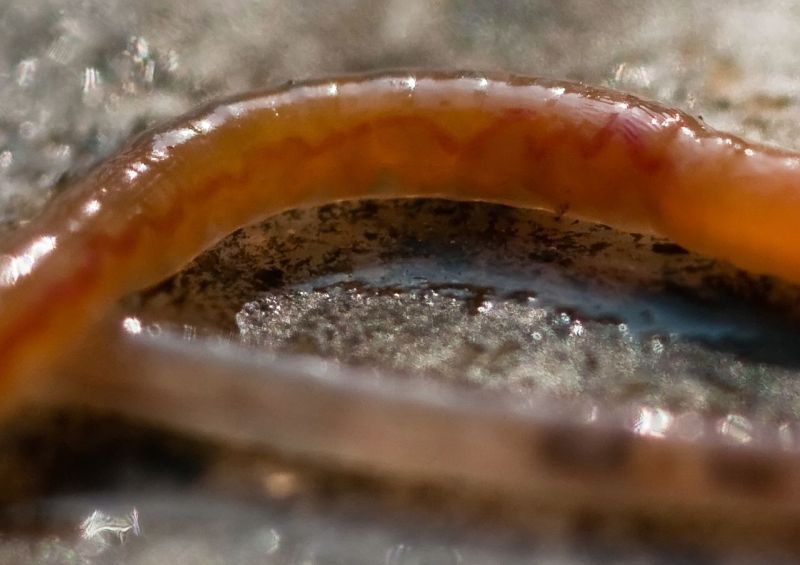 Seeking to fill an idle hour or so until my customers arrived to unload my truck, I walked around the neighborhood taking pictures of stuff. I came across a small park and in the stopped-up basin of a drinking fountain I discovered the bloated and drowned carcasses of two earthworms, as well as this skinny fellow wriggling around on the bottom and going nowhere.

I gently fished him out with a stick and lay him out on the edge of the basin. The morning sun was still quite low in the sky and standing with it behind the worm I was surprised to see that the sunlight shone through the worm and clearly revealed not only the presence of his circulatory system, but also made it possible to observe the blood as it surged back and forth. To the naked eye only a hint of a thin red line was visible, but through the 1:1 ratio macro lens it was quite clear.

Unfortunately, I didn't do a very good job photographing it.

That is something...! So gelatinous in close-up...