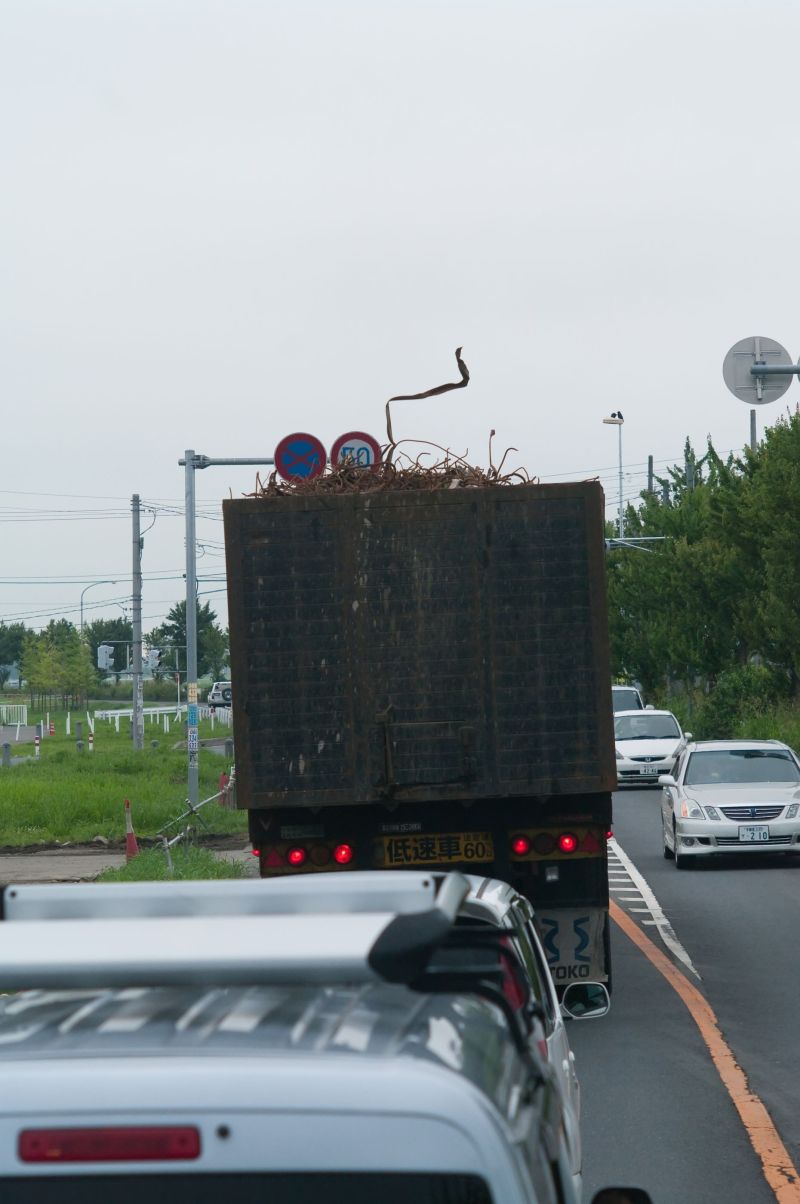 I thought I'd share this failed shot as an example of an idea that didn't work out. There was nothing particularly interesting about the truck hauling scrap metal, but I suddenly got an idea for a title, Paging Carl Switzer, alluding to the one bit of metal sticking up in the middle in a manner similar to Alfalfa's famous cowlick.

Unfortunately, I was never able to get in a position to get a usable shot. This desperation snap was all that I managed to get. It is boring. It is useless. I take hundreds upon hundreds of such photos.

Loved that you posted one that wasn't your favorite. We all take thousands of photos and have an equal amount of successes as we do failures. I totally understand, and got a chuckle, from your reasoning for taking the shot.