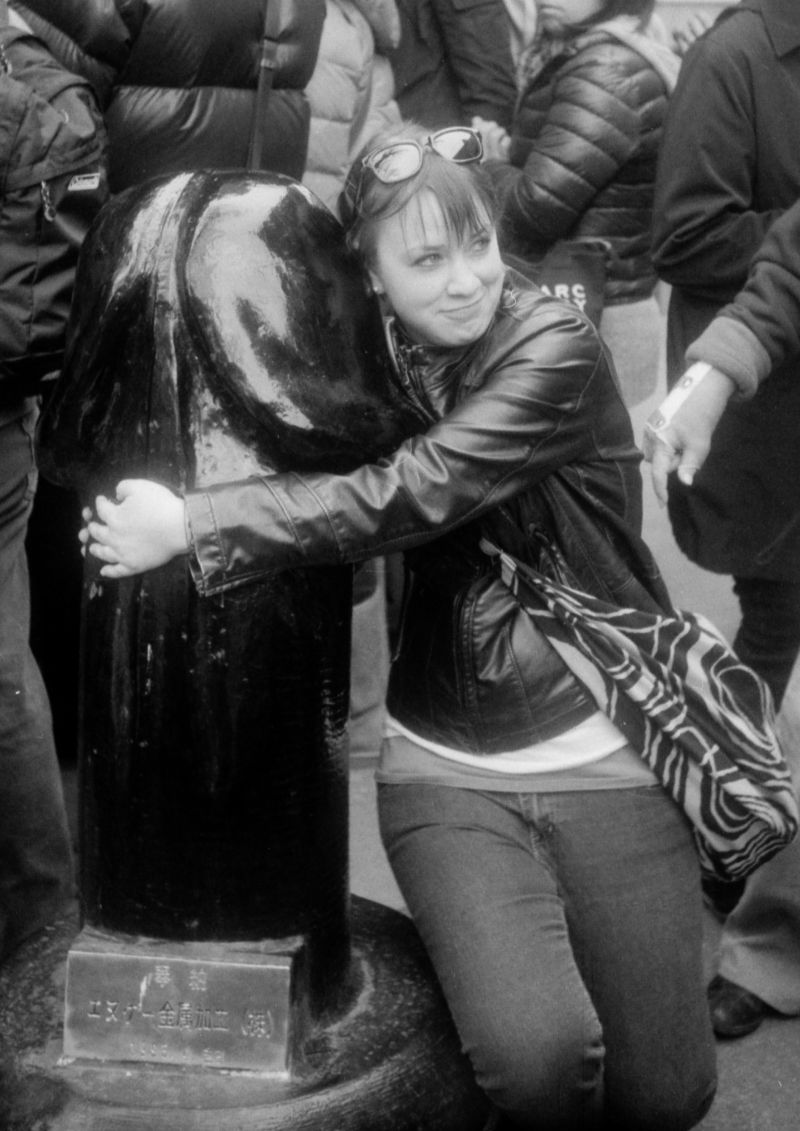 Posted by Mike Cash (Kiryu, Japan) on 29 July 2010 in Lifestyle & Culture and Portfolio.

At the 2010 Kanamaru Jinja fertility festival in Kawasaki.

Had to have a skip in the series last week because I was waiting on a roll of film to come back from being developed. I hate taking the same photos everybody else is taking and if that is my only choice then I try to at least do it in a different way. For this festival that meant leaving the digital Pentax K20D at home and instead taking along three antique film cameras.

Photos in the series up until now have come from a 1959 Pentax S2. Now we will have a few from a 1953 Ricoh 35 Deluxe rangefinder. It is a delightfully simple camera completely unencumbered with any of the modern conveniences we now take for granted. In fact, it even lacks some features that were taken for granted on rangefinders. It has no internal light meter, no self-timer, and no framing guidelines in the viewfinder. It was the first antique camera I bought and it does an excellent job when paired with black and white film.

Been enjoying the black and whites on your flicker site, especially the two of the drummers at the festival. Like this one too: nice shot from a 1953 camera, and the young lady looks very attractive in soft focus, giant penis notwithstanding.

@Dan: Thanks, Dan. Those other shots will be coming up here as well as this Thursday series continues a bit longer. I hope by the time they run out I will have the shots from my 1971 Konica C35 Flashmatic rangefinder back.