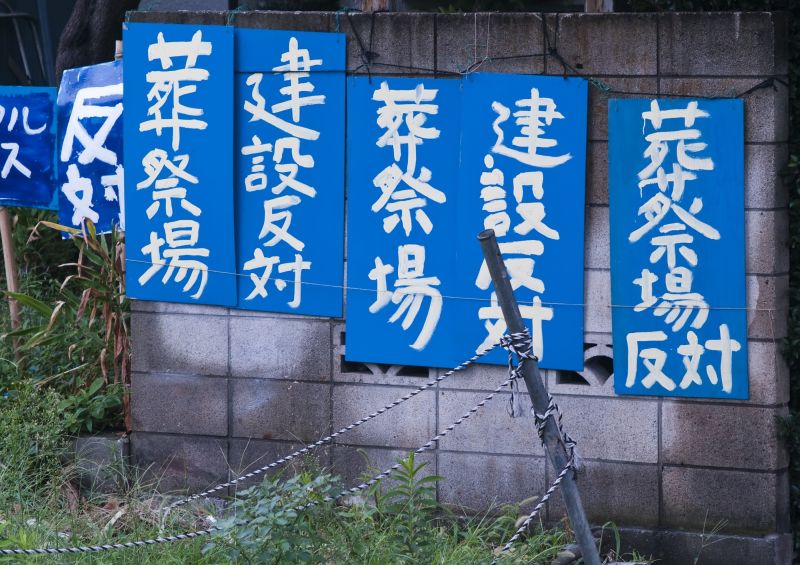 Hand-lettered signs by someone who has a remarkably poor grasp of Japanese calligraphy protesting plans to construct a funeral parlor in his neighborhood. I've seen several places which have protest signs regarding precisely the same thing so I am led to believe that the desire to have such establishments in somebody else's neighborhood must be fairly common in Japan. I don't know if such feelings arise out of not wanting additional traffic in the area (which I doubt to be the case) or just due to some primitive heebie-jeebies regarding the dead (which is what I suspect is the real reason).

Every place that I have seen these signs so far I have also eventually seen the funeral parlor constructed and in business. In each case with ample parking, tastefully constructed, and in no readily discernible way doing anything other than providing a service that eventually everybody has use for.