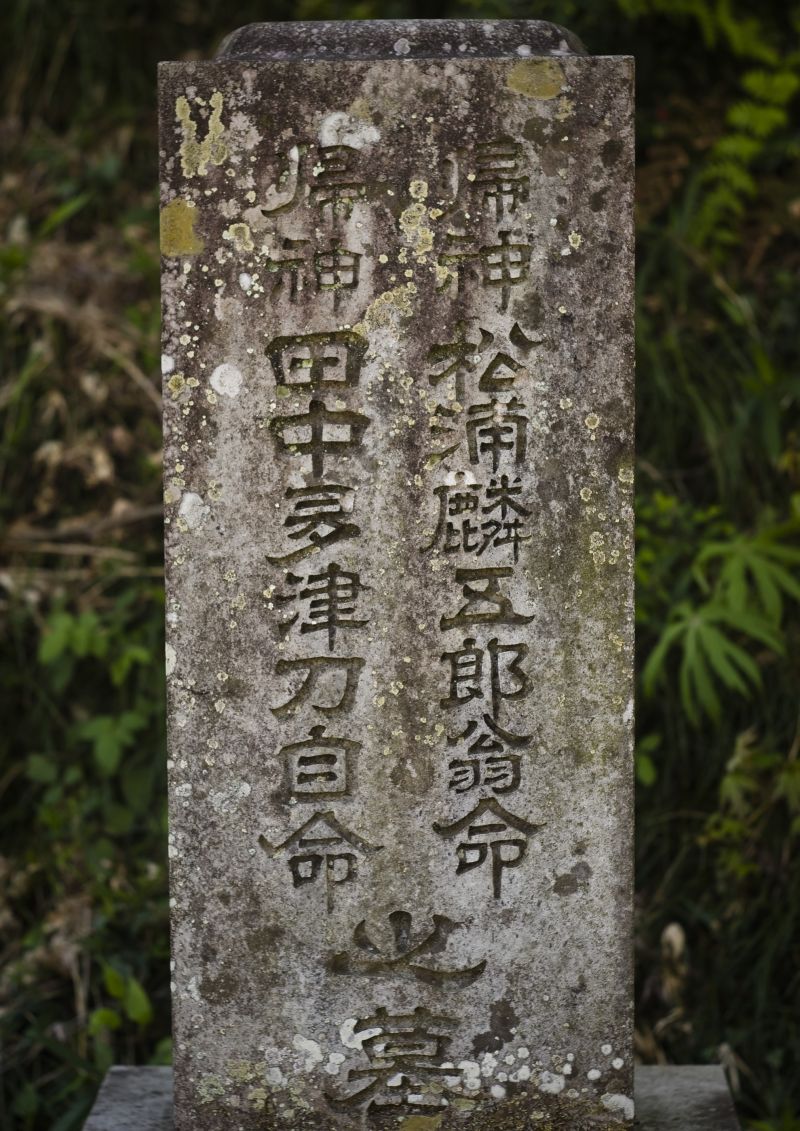 Posted by Mike Cash (Kiryu, Japan) on 17 May 2011 in Lifestyle & Culture and Portfolio.

A couple's tomb, which together with single person tombs was the norm up until about WWII. After that it became common to erect a common tomb for several family members, sometimes spanning a few generations. Since space is often at a premium it is common for older single/couple tombs to be incorporated into a more recently erected family tomb and the old stones grouped together close around the new tomb (or disposed of).

Tomb spaces at temple cemeteries are not purchased but are "leased" and cutting down on renewal expenses is a large factor in relocating great-great-great-grandpa's stone into a smaller single plot (together with those of other such relatives that nobody alive today ever knew). In rural areas, especially up in the mountains, it is common for people to have in their family enough land to maintain their own family cemeteries and there isn't the same financial pressure to relocate plots. Such is the case with this semi-rambling and rather spacious hillside private cemetery in Shimonita.

Cemeteries here are more interesting if you can read the stones, and take the time to do so. This rather plain-jane monument grabbed my attention on several points. The two characters above each name read "Returned to God" (or "Gods"...Japanese isn't specific regarding plurals), something I had never seen before and which indicated that this was a Shinto burial, in contrast with the much more common Buddhist burial. Similarly, the appearance of the people's real names on the front of the stone indicated a Shinto burial, as Buddhist burials are done under a post-mortem name entirely different to the name one bore in life. Also interesting is the fact that the two people interred here have different family names...the man being "Matsuura" and the woman being "Tanaka".

But what really made it most interesting and what introduced an element of mystery to the thing was something I found on another tombstone located about twenty or thirty feet away, and which will be the subject of a later post in this series.