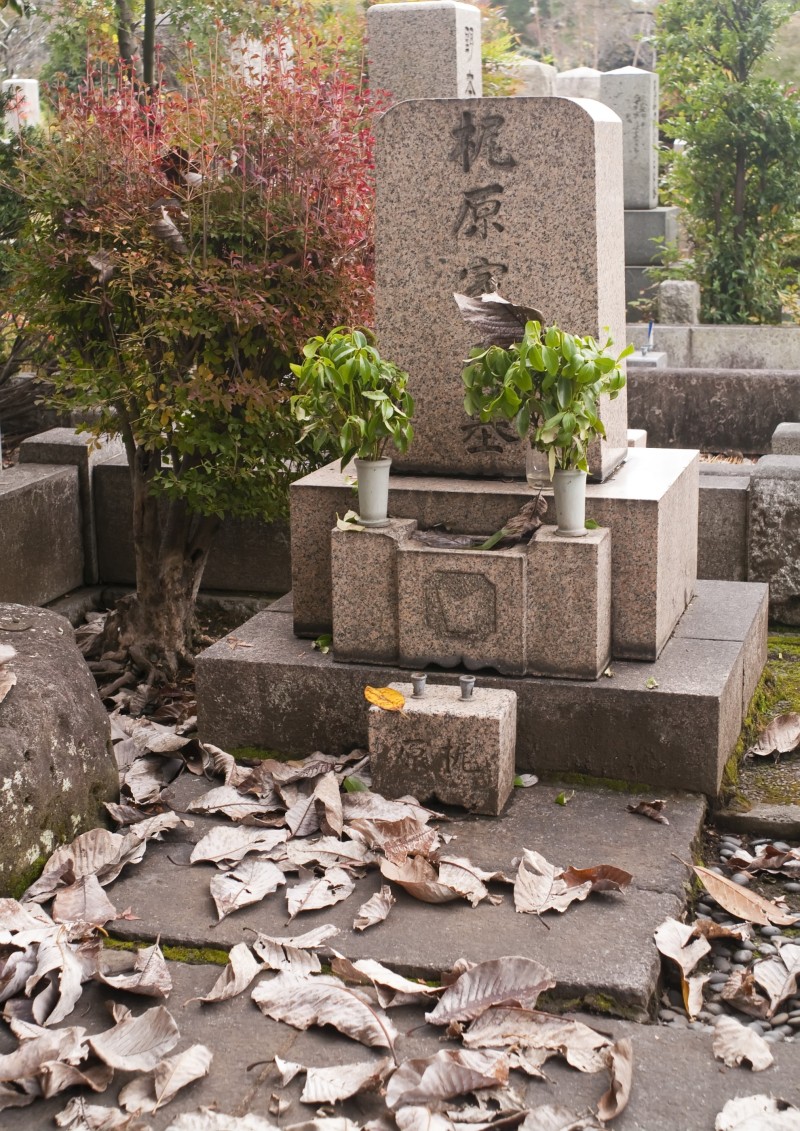 Photos from a pilgrimage to the tomb of Takuma Kajiwara, for whom the legendary series of Takumar lenses were named.

The tomb as I found it. The leaves on the surrounding trees had not yet fallen, so these were from at least last year. The most recent interment in the family tomb was from 1975, so it is possible the family doesn't come around much anymore.