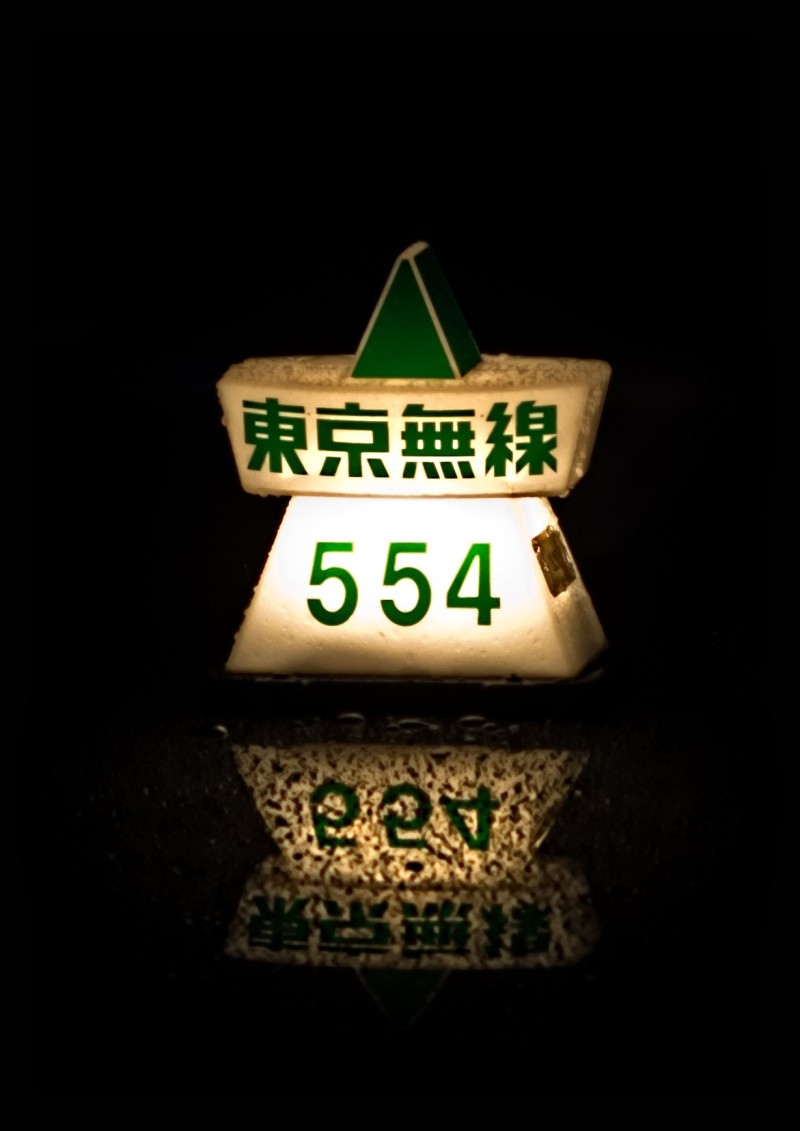 I absolutely despise the cabs from this company, Tokyo Musen, as they far and away have the worst manners and do the craziest crap of any cab company in Tokyo.

If you ever have a chance to observe them, though, look closely and you will see that some of them have the top of the green pyramid truncated instead of coming to a point. The company operates out of several garages in Tokyo and one of them could only be entered and exited by passing beneath a very low bridge. By necessity the cabs operating out of that particular garage had signs with the top truncated so it wouldn't hit the underside of the bridge. That was long ago, when car bodies were taller than they are now. There is no longer an actual physical need for having the rooftop signs shortened but the company still maintains the tradition.