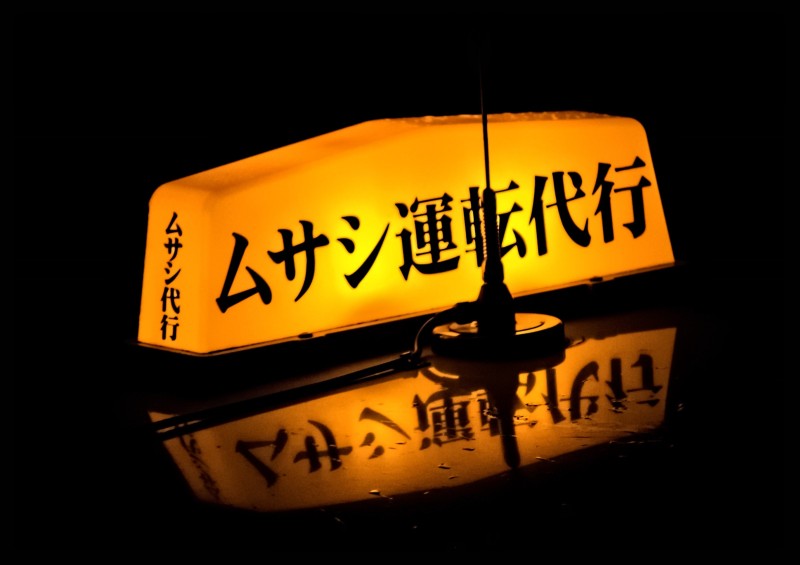 What may look like a taxicab, but is not a taxicab.....

This sign indicates a car operated by a "daikou" service. Their sole function is to drive home the cars of people who have been out drinking. The cars are operated by a two man crew. When the customer gets done drinking he calls (or has the bar call) for a daikou service to come by and pick him up. One of the guys gets in the customer's car (with the customer) and drives the car wherever the customer wants to go (typically home, but another bar is a possibility). The second guy chases along after them to pick up the first guy at the destination.

Competition for runs is fierce among these guys and they get paid on a percentage basis. Consequently, they all drive like half the demons in hell were after them. If you're walking down a narrow street and see one of these guys barreling down on you, get the hell out of the way because the finer points of traffic safety and concern for others don't mean jack squat to them.